I took part in the SS/HG Holiday Gift Exchange again in 2018. My prompts that year weren't quite so wide-rangingly easily re-purposed from fic prompts to art prompts. Plus it hit me at a busy time, so there was only one submission, and it really needed a bit of a ficlet explanation.

Here was the prompt: Snape and Granger help out some friends who are too chicken to take the plunge together and agree to an excruciating double date with Draco and Harry.

At the Copper Cauldron

Afterwards Hermione admitted to herself — grudgingly, but honestly — that the film hadn’t been a complete disaster. The boys had clearly both enjoyed it. Severus wasn’t admitting to anything, but she could tell that it had held his attention, too. For her own part, she could have done with rather fewer explosions, but the cinematography was impressive, and the script had at least not been completely ridiculous. Nevertheless, it had been *loud*.

Upon consideration, it soon became evident that catching an early showing had been a mistake. Rather than first meeting up for dinner at a known venue, and the two couples going their own ways after the film, instead they found they needed to find a restaurant that they could all agree upon and make conversation until they could decently part company.

It was at that point that the evening started unraveling. Draco, a little to her surprise, was not the problem. Hermione had to admit that Draco was doing much better at, at… blending in in Muggle London, these days. (It was Harry who kept falling through the gap between “cool” and “doofus”.)

Severus was, of course unapologetically Severus. Hermione certainly did not consider that a problem.

And, to be sure, it was not as if she was unfamiliar with tagging along on what seemed to be determined to devolve into a “boys’ night out”. Although it wouldn’t have been her first choice.

Nor, admittedly, had this difficulty been anticipated. That was all down to the lack of having a Plan B.

However, upon discovering that Severus’s favorite little Italian place had closed since their last visit to London, Harry balked at both French and Japanese cuisine, and neither Hermione nor Draco considered the Leaky to be an acceptable destination, matters were taking a thoroughly unacceptable turn. The fact that they were all hungry did not improve the situation, either.

It was at that point that Severus (thankfully!) pointed out that most good-sized London hotels did have their own restaurants, and Harry’s eye was caught by a neon sign advertising ‘The Copper Cauldron’. Harry was fired with enthusiasm — despite Hermione’s insistence that a cocktail lounge was hardly likely to qualify as either a pub or a restaurant.

Oh, well. It was just a vertical side trip before putting their names in at the restaurant off the lobby, and, frankly, by that time, none of them would have considered a drink unwelcome. 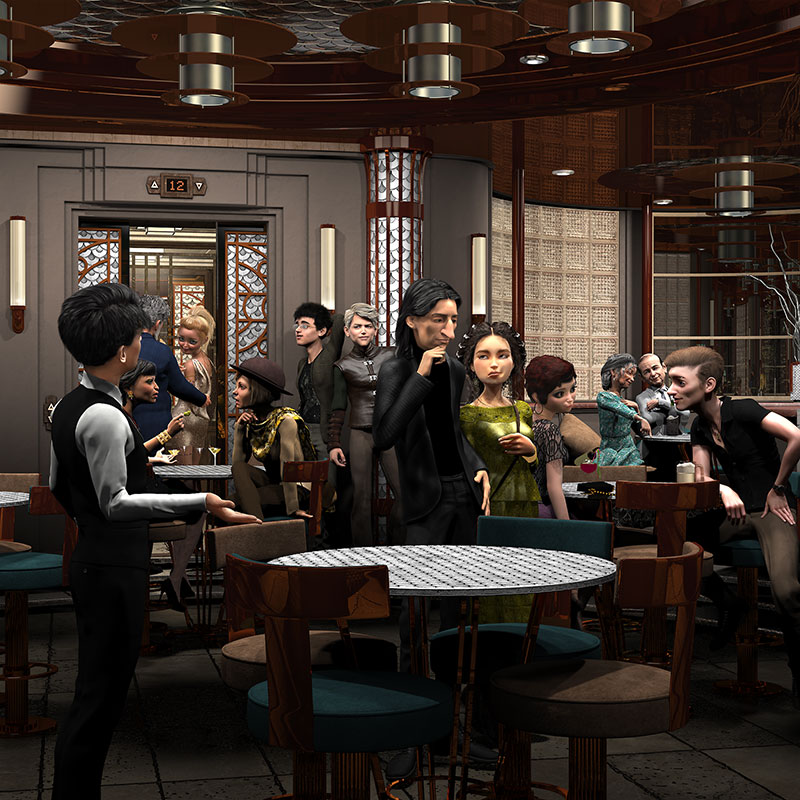