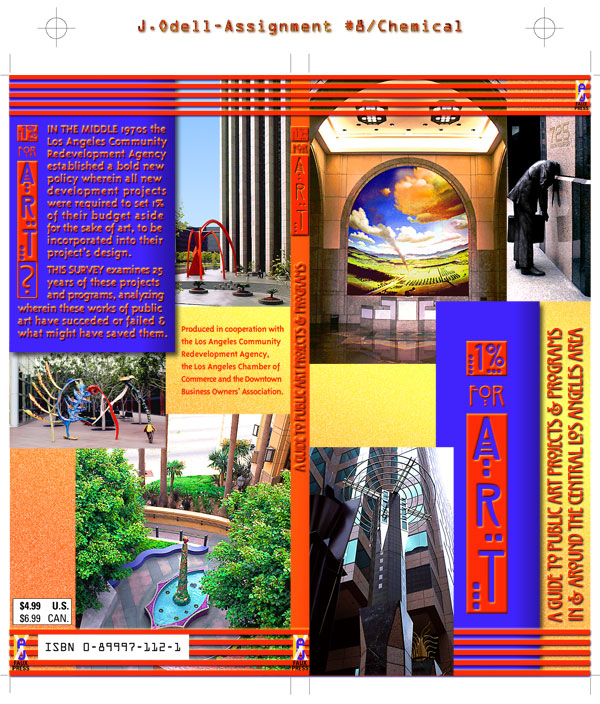 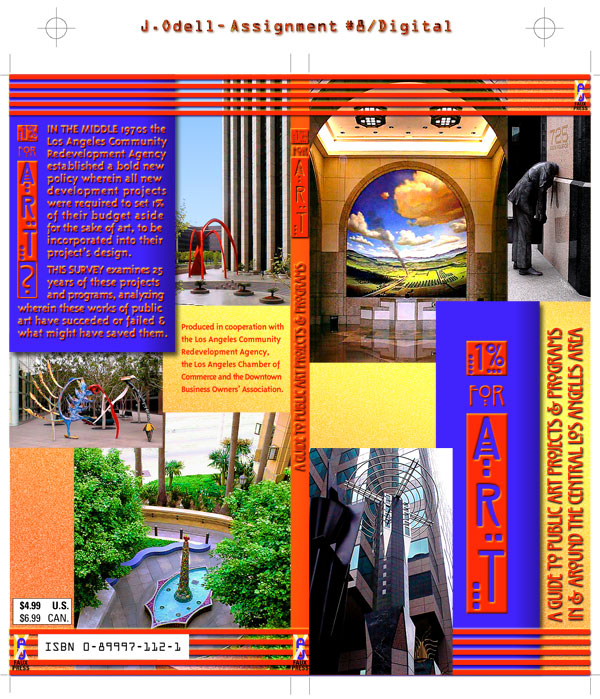 This one turned out to be a fascinating comparison project. Our instructor was definitely reading the writing on the wall regarding the future of photography.

In this assignment, we were to take out a film camera, and a digital camera, and shoot the same subjects with both. Then we were to build a layout which would use the shots and save two copies. One of them using the digital versions and the other using the film version, once it had been chemically developed and scanned in.

And then we were to try to get them to look the same.

I was amazed at how much more data the digital files gave me to work with. And this was using a 1.7Megapixel file! The camera wouldn’t even shoot at any higher resolution than 144ppi. The scanned in film didn't give me anything like the same amount of data, even though I had been as careful as I could be to try to get everything to the same resolution. Even more amazing was the collection of color shifts and harsh contrasts that the film produced that were nowhere to be found in the digital.

Click on the thumbnails to see the different versions.