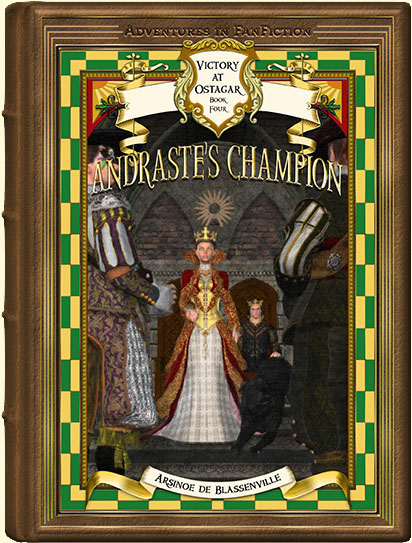 Queen Anora’s life has been saved, but she will soon no longer be Queen. By Cailan’s will she will rule for only three months until a new ruler is chosen by the Landsmeet.

In a time of war, fortune favors a victorious General, and this is unquestionably a time of war. Several of the high nobility favor Loghain MacTir, who has ruled the kingdom in all but name for most of the last 30 years. But MacTir has no noble blood.

Bronwyn Cousland is descended from the line of Callanhad, and her brother’s concerns are more toward restoring order to the north. A marriage alliance is proposed, to strengthen Loghain’s position.

And of course the Orlesians have something to say about that.