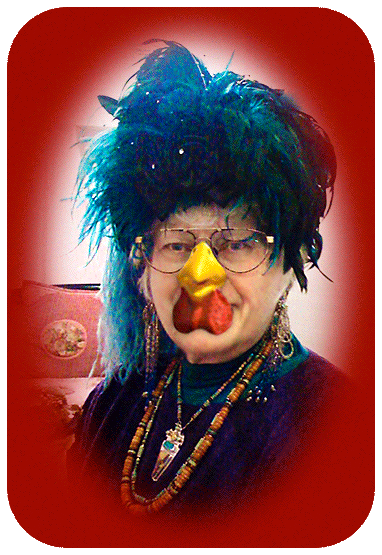 To be honest? Nobody much in particular.

But here are a few of the particulars, just in case anyone might be interested in them.

I’m retired. For some 40 years I worked for the City of Los Angeles. Most of that time I spent in the Department of City Planning. Working in the capacty of a Graphics Designer.

However, I wasn’t really a Graphics Designer. On paper, I was the last of the Graphics Section’s Cartographers.

They weasel-worded their way around it because what I produced were not technical maps, but “illustrations” of maps..

Such as the one below.

As for why there is a Hen flapping about the internet at all, you can read the Red Hen Story which is at the bottom of the page. 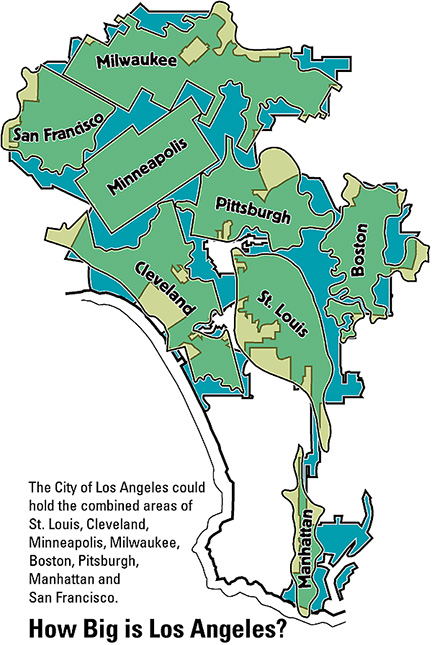 Well, this hen primarily wants a website to showcase my completed publication projects. They are .pdfs, and .pdf isn’t a file format hosted on fic archives. There are a number of other things on the site as well, because I am a disgusting show-off

Originally, the site was needed for file transfers, as well. Nothing gets posted on my site without its author’s approval. They can hardly give me that if they can't see a copy.

When the site first went up ISPs typically had file attachment size limits of about 1MB.

You can imagine about how well that worked for trying to send an author a checkfile.

There are, however, limits to which I intend to attempt to march in step with progress. This site was built for a specific purpose, and that purpose was to showcase 11" x 8.5" .pdf files. You cannot do this on a smartphone.

Therefore: given that the point of this site is to showcase the files over in the Publications collection, I won’t be making any heroic attempts to make the site compatible with smartphones. Or, at any rate, not in this iteration of the site. Perhaps in a year or two, we’ll see.

I did, too. Once. For The Chicken Boy Catalogue
for a Perfect World, which is/was run by one of
my former neighbors.

We chicken people should stick (flock?) together,
so here’s a link to Chicken Boy.

“Who will help me build my book?”asked the Red Hen

By 1980 I had dropped out of the Society for Creative Anachronisms but I was still one of a collection of active amateur costumers in the Los Angeles area. This group morphed into the Costumer’s Guild West. There is also an International Costumer’s Guild with a different website. I was never really involved with them.

Drawing on the skills developed during my association with the SCA, as well as having a number of acquaintances who were active in the California Renaissance Faire, I wrote a theatrical crafts book based on information and techniques which had been developed in these groups dedicated to the drafting, fitting, and construction of Tudor-style foundation garments for stage and public festival use (i.e., Renaissance fairs, and/or attempts to stage Shakespeare “in period”).

Query letters (with S.A.S.E.) were duly sent out to every theater crafts publisher whose address I could find, along with a few other publishers whose lists contained items which seemed related. They took their own sweet time to respond. (Dover holds the record. It took them over a year.)

The consensus was, universally; “We do not accept unsolicited manuscripts.” And so the matter rested..

In April of 1992, I got my first Macintosh computer. Over the next couple of years the manuscript was retyped, the diagrams were digitally redrawn, proposed plates were evaluated, selected, scanned, and cleaned up (insofar as they could be) to serve as FPOs (For Position Only).

The original PageMaker document was later ported over into Adobe’s newly-launched InDesign, in order to take advantage of the more sophisticated typesetting controls in InDesign.

It was during this period that I discovered that I really enjoy designing books.

After taking classes in Photoshop at L.A. City College, front and back cover designs were created. The text of the book was updated to reflect changes in amateur costuming resources over the ensuing 20 years, copies were printed, covers were printed and laminated, and a half a dozen dummies of the finished book were wirebound in preparation for my next foray into the wonderful world of professional publishing.

In November 2001, a dummy of the finished book was taken to a local costumers’ supply shop run by members of Costumer’s Guild West. It was seized upon by the proprietor, a published author under the masthead of a small theatrical publisher, who recommended contacting her publisher, and to mention her name. A query letter (with S.A.S.E.) was sent off to the publishing house, mentioning my contact’s name and offering the book for their consideration.

The rest of this adventure proceeds pretty much as one might expect. So, since I knew that even if I was able to sell it, it would neither make my fortune, nor serve as a professional stepping stone to anything, the rest of the story, and the book itself, can be found here.

(It should be noted that this download will remain accessible as a free download for as long as the Red Hen Publications site exists.)